5 days ago, we got on a ferry that took us from Krabi to Koh Phi Phi. This beautiful small island is a natational park. There are no cars in the area, the only people that have motorbikes are the police.

I have the feeling that less then a year ago this island was not so commercialised but I get the general  feeling that’s the case with a lot of Thailand. It seems there are not that many jobs a Thai person can have, and the only way for there economy to grow is the tourist industry.

The water in phi phi is the clearest I have seen so far, if you walk into the sea and stand still, lots of see through looking fishes swim past you. There’s also a few miniature rock pools where you may see other sea life.

We also followed signs to island view point. It was about a half hour – fourty five minute treck up hill. At the top was beautiful view of the whole island and we went at the perfect time when the sun was setting. It was so pretty and peaceful. 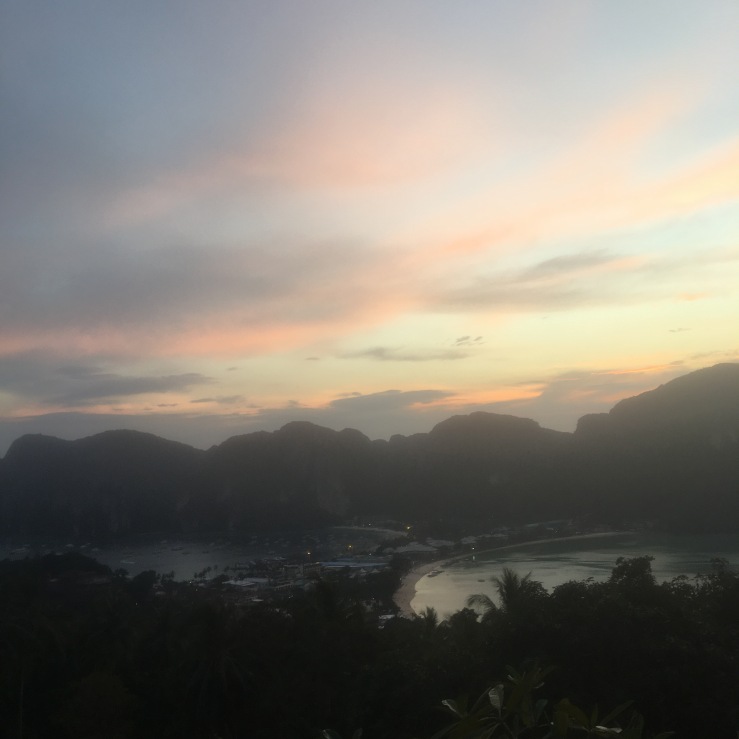 Unfortunately on day two of our stay at phi phi, we went out for dinner and it didn’t taste right. We had planned to go out for a few beers but I was feeling ill and needed to go home. After this I was sick for over 3 days, and my partner a few hours after me also became ill. On the second day of being ill, we stayed in bed all day and woke up covered in bites. When we went to the pharmacy she confirmed we had been bitten by bed bugs! We left the hotel immediately, who were shocked and gave us our money back for the remaining nights we had booked. 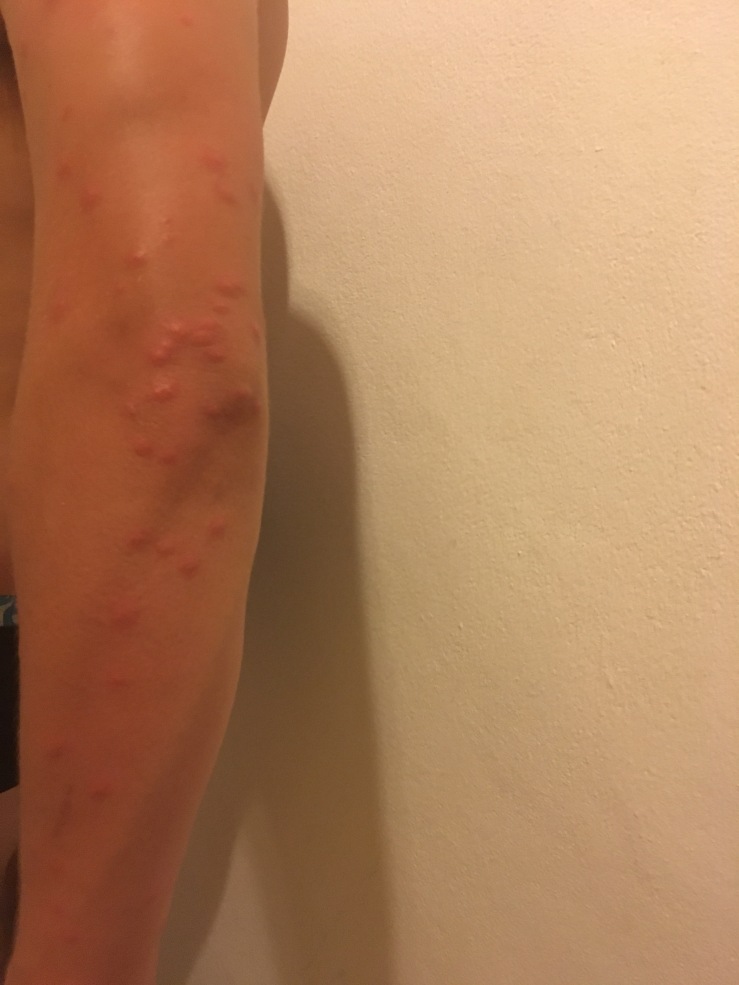 We are now in a cleaner hotel, and slowly starting to feel human again. Last night we even adventured out in the evening to watch a fire show and eat pizza on the beach.

We have two days left on phi phi and I’m hoping to be well enough to experience it properly as it’s beautiful.